This series of 7 short animated films, produced for the Open University Library Services, introduces OU students to resources and services that will help them during their studies.
Introducing and staring Bob, an OU student and Finn his faithful water based companion.

Working closely with the Open University Library team, Studio43 developed characters and situations to help illustrate a series of library services available to students. This involved initial character designs and story development. Once these were approved, Studio43 storyboarded each episode, fine tuning each story and script with the OU team. We were then able to proceed to character build and animation. Sound effects were then added before final edit approval by the OU team. The final films were delivered on multiple formats to meet the client’s specific requirements. 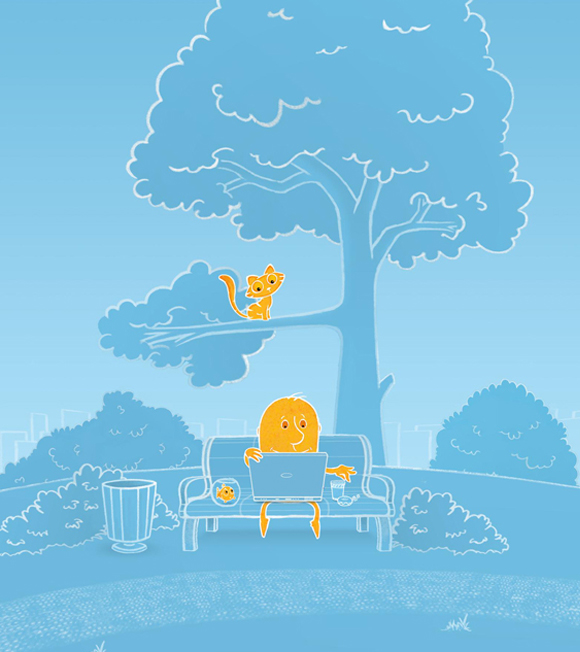